Even my sloppy screenshotting can’t ruin this

Mary Fosberg Weiland wrote this in an essay about her late ex-husband, Scott Weiland. She discusses how it’s the day the public will mourn, but not when he was lost to the world. The theme is simple — stop glorifying the tragedy of his death because he was a rockstar and drugs and demons are part of the job.

We have a tendency to do this, don’t we? We gloss over the real issues and assume it’s the lifestyle. We make martyrs out of people who overdose. We say nothing but wonderful things and maybe add the person was haunted.

When a celebrity kills themselves, our reactions our largely the same. Either we know they were ‘haunted’ and it’s not surprising or we can’t possibly understand because they seemed so happy. Either way, it’s shows a gross misinterpretation of a situation.

Rarely do we hear from the family calling out mental illness as it is. Even if an indication is made of a disease, they still reflect on the positives and the light. I suppose this is the way we want to remember people. Both for ourselves and others, we want to paint this image of a good person who had problems, not a good person who became someone completely unrecognizable.

Mary’s essay detailed what the public couldn’t know. How little Scott saw his children. How he was rarely sober enough to be there. How he remarried and forgot them entirely. For those children, their father died long ago.

Sadly, I can identify.

My bipolar father is still with us, but he’s a different man. When I see a photo, I don’t recognize him anymore. The unfortunate reality is my dad died years ago and what is left is the shell of his former self. The mental illness ravaged his brain and changed him. So quickly he stopped being the life of the party and became the person you try to avoid.

\Not to everyone, mind you. To his Facebook friends, he was amazing. All they saw were carefully structured posts that illustrate a man struggling with disease but doing so graciously. He was charming and witty and you wanted to root for him. How could anyone be against this wonderful guy?

If you asked any of his social media friends, they would write a glowing obituary for him. I’m sure they would mention the trials he publicly faced, including his horrible daughters who betrayed and abandoned him, and how he triumphed over those demons. He would be labeled a fighter who never lost hope.

It’s not like I couldn’t write something similar about my father. There are moments where a good memory flashes by and I think of him differently, how we was. I can remember reading us this book about skunks at bedtime but changing all the words. I eat French bread pizza and think about how it was his specialty.

But I couldn’t paint that picture of him.

At one point, yes, he was everything and more than those Internet people could ever describe. He was kind and loving. In this scenario, his death would be the perfect example of what mental illness does, and I would want to the world to know. He wasn’t always courageous; he wasn’t always nice. At times he fought; at times he tried to give up. He stopped trying to make our relationship work when we stopped letting him manipulate us. At the end of my time with him, he didn’t care to try for us.

We don’t write the truth to dishonor the dead or change opinions, but to foster an honest conversation. Instead of glamorizing a situation, we can provide the details about what mental illness looks like and how it actually affects people.

By writing about his behavior, Mary is letting people know there is always more to the story, and often it’s tragic. It goes beyond the idea we create in our brains and naturally make it less terrible than the reality. We need to discuss those who lost their battles, and we need to make those conversations count. We can’t simply say ‘oh he was wonderful but sick.’ We need to courageously discuss the real fight and not the glamour we create as a distraction.

I spent most of my early life being manipulated by my dad and his family. For years, I felt like I wasn’t good enough to deserve their love. The guilt consumed me. Instead of recognizing the toxic behavior, I allowed it to warp my brain.

Like my grandma would remind me, my daddy was sick. He needed my constant support.

Back then, I didn’t recognize the impact this would have on my life. I didn’t see the larger societal implications. It was simply the way my father was. He started as an alcoholic before he was diagnosed as depressed. Eventually an attempted suicide would lead to his bipolar disorder diagnosis.

He turned his back on us because he’s sick.

Keeping him alive became our responsibility. Maybe if we pretended it wasn’t as bad as it seemed. Maybe if we loved him enough. Maybe we could save him.

No one outside the situation understood because of the stigma. People assume others who suffer from mental illness are noticeably disturbed, as if they walk around 24/7 with their heads down and arms crossed or spend one day ridiculously happy and the next downright miserable.

These, my friends, are stereotypes and not at all the reality. People with mental illness are just like you and me, except there is a war in their brain constantly warping their reality. When Robin Williams died, the public was shocked. He was such a funny guy! It seemed like he loved life! He couldn’t have been suicidal!

This is all too common. We never see suicide coming. We’re shocked when someone acts out against classmates or the public. We always say the same thing. ‘He was so happy. I can’t believe he would do this.’

It shows how little we truly understand.

The stigma around mental illness affects those who suffer directly and by proximity. My dad was sick, and if I ever mentioned it I had to deal with people telling me they knew someone who was bipolar too. They would elaborate by discussing the quick mood swings. When I was younger, I would nod along, but now I like to ask. Are they actually diagnosed or do you just assume based on that stereotype they are? Don’t worry, I phrase it better. Because of this, people brush off his illness because they know someone and it’s ok. It’s not a big deal. The other side is we don’t know how to deal with crazy people so we don’t.

Sometimes I think about all the other kids like me who watched a parent suffer for years without understanding. I pray to God they had people like my mom and stepdad and hopefully strong faith to make it through.

This week, BuzzFeed is doing a Mental Health Week to use its status to help do good:

“When we have the courage to talk openly about ourselves, and about our struggles, the people who hear and see us don’t have to feel alone. And digital media has been central to driving the cultural change. We’ve found at BuzzFeed that some of the most powerful responses to our work have come from people who watched and read about mental health, and who felt less alone, less at fault.”

For me, finding courage is about sharing my story so others don’t feel alone. A sick parent is a complicated thing, whether it’s a physical or mental illness. We think it’s our job to take care of them and sometimes it is, depending on the situation, but sometimes it’s about taking care of ourselves.

How long do you put up with a mentally ill parent manipulating and abusing you? How many Facebook posts does it take to step away? How many insults until you’ve had enough?

In my case, it took more than a decade to realize my dad didn’t want to get better. He didn’t want to try. We were expendable to his cause. I spent the better part of 10 years doing everything to make him happy, but it was never enough because I will never be enough. You can’t save anyone, especially someone who doesn’t want your help.

My grandma’s approach is understandable. Her son was sick and we needed to help him, but at what personal cost? His narcissism allowed him to play the constant victim and he was always looking for an excuse to ‘expose’ me and my sister for who we truly were.

I’ve been estranged from my dad and his family for more than a year now, and I’ve forgiven them for everything they’ve done. Holding onto that anger only made the pain harder to face. Sometimes a good memory will flash by, and I’ll feel the abandonment, but I focus on God’s greater plan and mercy and know I will be ok.

This Mental Health Week, I’m sharing my story to let you know you aren’t alone. I understand your fear and guilt and love and hate. I know what it’s like to no longer recognize a parent. I feel your pain of realizing their ‘unconditional’ love has come to an end.

It’s not your fault. 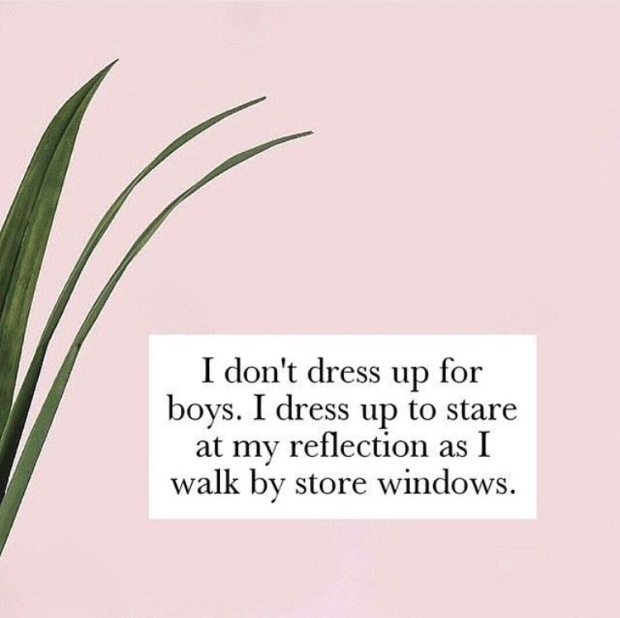 This also applies to anyone who thinks I spend $20 on blush for a man. Yo, I do it for me.

If you want all the latest and greatest updates, click the link below to sign up for weekly recap emails from yours truly.